The Black Sea region (BSR) is situated between the Balkans and the Caucasus, and extends from the Russo-Ukrainian Russian steppe to Anatolia, lying between two strategic axes, the Caspian and Mediterranean seas. It is a crossroads between three major geopolitical areas – Eastern Europe, Southern Europe and the Middle East – making this the part of the European continent where key transport routes link Europe to Central Asia, located at the crossroads of three security complexes: the Euro-Atlantic bloc, the ex-Soviet space and the Middle East. It perfectly complements the New Silk Road, which also connects with Central Asia via Afghanistan to Pakistan, India, and China. The Black Sea has for millennia attracted the interest of external and local actors and will continue to do so into the future, because of the economic, political and strategic interests in the region.
The great international players, such as the EU, NATO, the US and Russia, focus all the interests in the Black Sea area. The leading local actors at the present time are Russia and Turkey. Other Black Sea coastal nations, including Georgia, Romania, Bulgaria, and actual Ukraine, are local actors which exercise lesser regional influence, and whose position depends very much on external forces with an interest in the region.
Besides the geographical position of BSR, to understand the current geopolitical balance on the coasts of the Black Sea it is also important to take into account:1) Transit routes for oil and gas, and its diversification for the energy supply. (Urengoy–Pomary–Uzhgorod Pipeline, SCP, TANAP, TAP, Turkish Stream Pipeline, etc.)2) Actual and «frozen» conflicts.BSR it is home to a large number of unresolved conflicts, such as those within Ukraine (Donbas and Crimea), Moldova (Transnistria), Georgia (Abkhazia and South Ossetia), between Armenia and Azerbaijan (Nagorno-Karabakh).3) Natural resources.In recent years, several oil and gas deposits were spotted in the Black Sea region (especially in Romania, but also in Bulgaria, and Crimea).4) Populations speaking different languages, with diverse cultural, national or religious traditions.(e.g. Russians in Ukraine, Crimean Tatar ethnic minority, Abkhazians and Ossetians, Turks, Christian majority and Muslim minorities, etc.).5) Trans-national crime and illicit traffic.6) Broader political ambience, with the coming of the «Arab Spring», Orange and Rose Revolution in Georgia and Ukraine, etc.

The following interests of the main Actors in the region can be briefly described:
RussiaBSR for Russia is important because of security issues (in all senses, including borders with NATO, energy development, etc.). The United States had the Caribbean Sea and Gulf of Mexico, China has the South China Sea and East China Sea. And Russia, it seems, has the Black Sea («Russian» Sea – from Russian chronicles in accounts of events from the 9th to 15th centuries). After the loss of global power status, Moscow has dropped its requirements of political hegemony in South-East Europe and a part of the Black Sea, long in dispute between Russia and Turkey. Black Sea geography differs from many other seas in that a foreign power, Turkey, bestrides the single gateway to its waters. The prospect of being cut off from the Mediterranean, and thence from the Atlantic Ocean and Red Sea, modified how Moscow sees this maritime preserve. During recent years the Russian position has changed gradually through the formulation of the Near Abroad doctrine. The Russian Ministry of Defense has declared as a priority the expansion of military strength, the improvement of troop capabili¬ties in Crimea, and modernization of its Black Sea Fleet before 2020. In the event of the successful implementation of this program, the combat potential of the Russians will be significantly superior to that of NATO countries in the region. The announcement of the Russian government’s plans to place tactical nuclear weapons in Crimea is a signal of the coming fundamental changes in the military balance in the Black Sea.
The relevance of the Montreux Convention, currently still in force, for today’s Black Sea regional dynamics is questioned by many states, although some may argue that there might still be an historical case to be made in favor of this document, due to its capacity to preserve security in the BSR.
TurkeyThe rise of the Turkish Republic – a large country, with one of the most dynamic global economies and some of the world’s largest military forces (the second largest in NATO, and the largest naval force in the Black Sea) – began during the 1990s. Turkey has its own plans to become a transit center for land and maritime routes to supply the West with oil and gas from Iran, Iraq and the Caspian Basin.
However, Turkish-American relations present challenges, in particular since 2003, when the Turkish Parliament rejected access to Turkish territory for US troops during the war in Iraq. Turkish-Israeli relations have also deteriorated. In some countries of the Black Basin anti-Turkish feelings are evident.
Nowadays, despite their history, Russia’s relations with Turkey have improved significantly. Economic relations between the two countries have grown substantially in recent years. Likewise, the Turkish-Iranian partnership might also affect the Black Sea order.
The environmental impact of tanker traffic through the Bosphorus is an issue sometimes used by Turkey to minimize political risks of confrontation with Russia or EU.

European UnionSince the mid-19th century, the major external state actors, such as Great Britain, France and Austria/Austro-Hungary, have intervened in the region under the pretext of curtailing Russian and/or Turkish power.
The present role of the EU, a major external actor with an interest in the region, is related to the process of Europeanization of one side of the Black Sea (Bulgaria, Rumania, etc.), and also to energy dependence and strategic need to diversify resources, as well as transportation routes.
Neighborhood Policy and the Eastern Partnership, particularly the Association Agreements with the Republic of Moldova, Ukraine, Georgia (especially after the energy-related crisis of the beginning of 2006 between Russia on one side and these countries on the other), the former strategic partnership with Russia, the relationship with Turkey, as well as CSDP civilian missions, are parts of the development of the European Common Foreign and Security Policy.
The EU has placed more pressure on Russia by tightening economic sanctions and broadening its ban on investment in Crimea, to target the Russian oil and gas exploration in the Black Sea.
In such ways Brussels tries to promote a geopolitical agenda in the region, which till now had been more socio-economic in character, and was not very solid.
This region is vital for the United States as a gateway to the Middle East and substantial portions of surrounding regions. It is also the bridge through which Caspian and Central Asian energy sources reach Europe and the United States. This corridor could prove to be a solid deterrent against conflicts in the region and an important strategic incentive to stabilize the regions to the south of this corridor — Syria, and the Greater Middle East (included Iran, Afghanistan, Pakistan, Turkey, etc.).
NATO areas of interest in the Black Sea are energy, security, critical infrastructure protection, combating organized crime and cyber security. Turkey, Romania, and Bulgaria are NATO members. Since the Istanbul Summit in 2004, the Euro-Atlantic Alliance recognized the strategic importance of and its role in the region, focusing on «soft security cooperation», as well as on bilateral dialogue and practical cooperation with individual countries. Georgia and Ukraine made bids to join the NATO Membership Action Plan. Armenia, Azerbaijan and the Republic of Moldova have agreed to Individual Partnership Action Plans. In 2014, NATO and Russia suspended practical co-operation because of the Ukraine crisis. The Alliance has increased its presence in the Black Sea and NATO warships take part in exercises with the Bulgarian, Romanian and Turkish navies, but according to international conventions there is an authorized time limit of its presence in other states, and some actors doubt if it is always in full compliance with it.

Other Actors in BSRUkraine controls the larger part of oil and natural gas transit from the Russian Federation towards the West, but at the same time depends on Russian supplies, which frequently have been used for political and economic pressure.
Russia’s annexation of Crimea has totally upended Kiev’s plans for development of Black Sea and Sea of Azov offshore oil and natural gas production. The exclusive economic zone of Ukraine has de facto drastically decreased. Oil and natural gas reserves in the Black Sea account for 40% of all energy resources of Ukraine. The Ukrainian company Chornomorneftegaz has become Russian property. Ukraine lost about 3% of its state territory, 3.6 % of its GNP, 5% of its population, Kerch Strait, considerable civilian and military state property, most of its military personnel stationed in Crimea, and practically the entire Black Sea Fleet.
Bulgaria and Romania currently maintain discussions on the negotiation process about the delimitation of their maritime border, continental shelf, and exclusive economic zones in the Black Sea. The dispute affects, in one way or another, gas exploration plans in Bulgarian waters. The issues might be taken to international court, as it was between Rumania and Ukraine in 2009 when the International Court of Justice practically ruled it in favor of Romania.
Georgia is a strategic location for energy routes that define the significance of the country, situated on the eastern coast of the Black Sea, as a window to the Euro-Atlantic. Intensification of cooperation with the NATO and EU were primarily a consequence of Moscow’s regional policies, related to the decision to recognize South Ossetia and Abkhazia (whose main ports are in the BSR- Ochamchira and Sukhumi).
There are also another regional organizations such as The Black Sea Economic Cooperation (BSEC) – which came into existence as a model of multilateral economic initiative, with such member states s Albania, Armenia, Azerbaijan, Bulgaria, Georgia, Greece, Moldova, Romania, Russia, Serbia, Turkey and Ukraine. BSEC includes NATO allies and post-communist members, some of them deeply dependent economically on Russia. It is easy to predict that in the current situation countries may block joint initiatives of each other because of their own interests.
Another organization is GUAM, but at present governmental attitudes towards its revival are quite apathetic.
ConclusionThe eastern frontier of NATO, European and Russian economic interests, together with the greater importance of its geostrategic position for the US, have changed the regional power game. The Russian Federation wishes to be a come-back power in the region (especially after annexation of Crimea) and Turkey also seeks to increase its role. The heightened militarization of the region has begun.
Another issue that calls for attention as an immediate priority is to engage in concerted management and resolution of the various conflicts. This can only be successful with the participation and consensus of all involved actors.
Comunicación presentada para el Fórum en Bakú sobre conflictos, octubre 2015 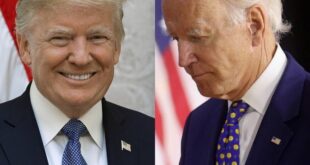 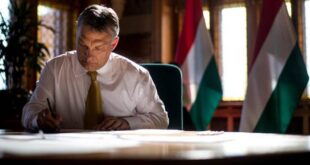 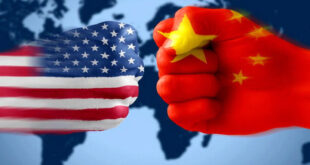 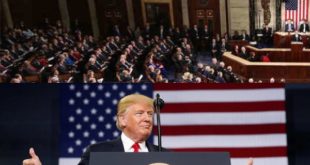 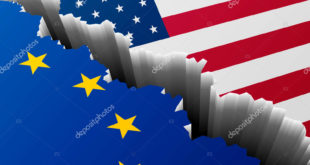